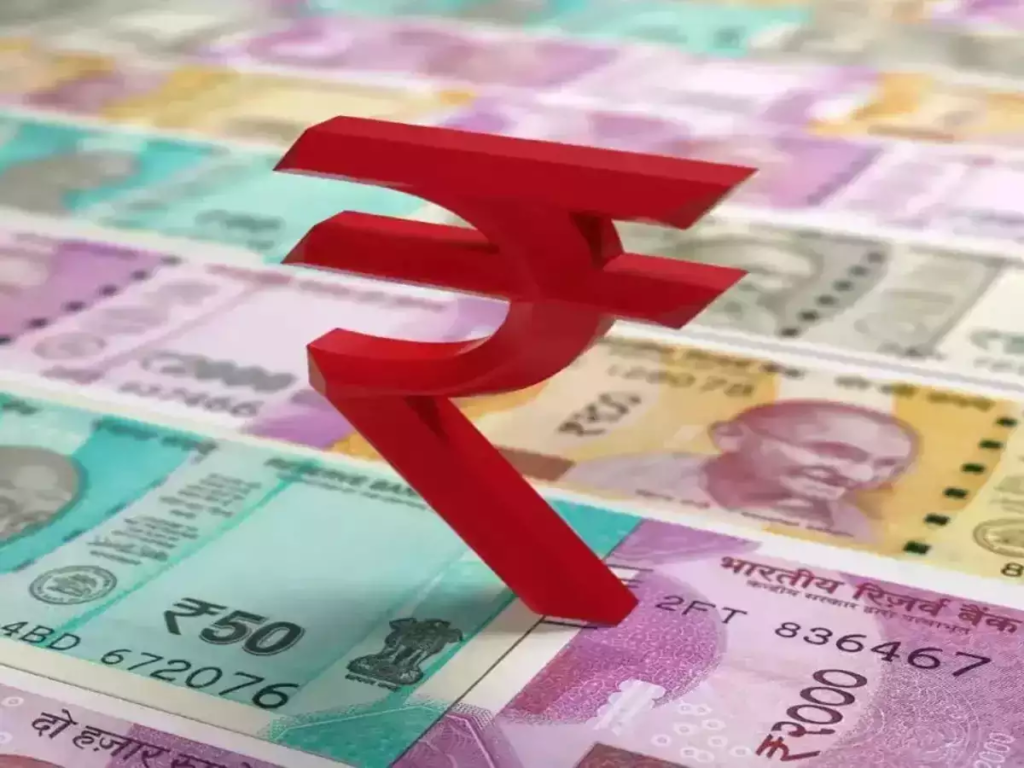 The Indian Rupee Slips 9 Paise To 77.17 Against US Dollar

The Indian rupee has made fresh lows against the US dollar, falling 9 paise to 77.17, after the Federal Reserve signaled more rate hikes. It has also slipped into a narrow range, which makes it vulnerable to further depreciation. The central bank has increased its benchmark interest rates, in a bid to combat rising inflation.

With global economic uncertainties mounting and interest rates in the US soaring, the Indian rupee is weakening and making its way to new all-time lows against the US dollar. In addition to the outflow of foreign investment, which is being blamed on the war in Ukraine and the US Federal Reserve’s tightening monetary policy, the falling rupee is also being weighed down by the rise in crude oil prices and general dollar strength.

The rupee is expected to fall today on a firm dollar and pessimistic global market sentiment. Investors are concerned about surging inflation and escalating geopolitical tensions. In addition, market participants fear that the rise in crude oil prices will hit India’s current account and trade, further amplifying the drop in the rupee. The Reserve Bank of India has resorted to utilizing its forex reserves to stem the fall.

The Rupee Consolidates In A Narrow Range

The Indian rupee lost nine paise against the US dollar on Monday, sliding 115 ppts in the last two trading sessions. The rupee’s decline came on the back of the rupee’s weakness against its Asian peers, the firm dollar index, and surging treasury yields. In addition, the rupee was hurt by a sharp sell-off in the equity markets, as investors turned risk-averse and evaluated the need for a higher rate hike.

Inflation is on the rise and the RBI calculates that a further 5% fall in the rupee will increase inflation by 10-15 basis points. The central bank is late in raising interest rates and the outlook for the rupee is not very encouraging. While the RBI has been very supportive of the Indian economy, the rupee is vulnerable to further depreciation. The depreciation of the rupee will further fuel inflation and make imports more expensive.

While there are long-term benefits of a weak rupee, a further drop could hit exports. Imports will become more expensive and household consumption will suffer. The depreciation of the rupee could negatively affect sectors like gems and jewelry, electronics, and pharmaceuticals. In addition, it will raise prices for commodities and services, reducing demand and inflation. But the rupee’s weakening value also hurts domestic tourism and export-oriented industries.

Global economic conditions have changed rapidly in the past month, resulting in a pervasive risk-off sentiment. The conflict in Ukraine has increased the price of crude oil. The US Federal Reserve has begun to hike rates, which has pushed the Indian rupee lower. The rupee’s depreciation versus the US dollar has reached 76/$. This has made it more expensive for many investors to buy and sell Indian stocks.

A fall in the Indian rupee’s value is a clear sign of the ongoing slowdown in the economy. It also has the potential to dampen investment and worsen the current account deficit. Meanwhile, the withdrawal of foreign institutional investors could further aggravate the slowdown in the economy. Furthermore, rupee depreciation may increase the likelihood of a recession in the country, which could worsen the already weak economic conditions.

If the rupee appreciates, exports become more expensive and companies lose money on them. It is, therefore, a bad idea to make purchases in the currency of your choice. This can lead to a decline in stock prices. Assuming you are importing raw materials, a depreciation in the rupee could hurt your exports. In addition, a weaker rupee will result in a lower cash balance in India.