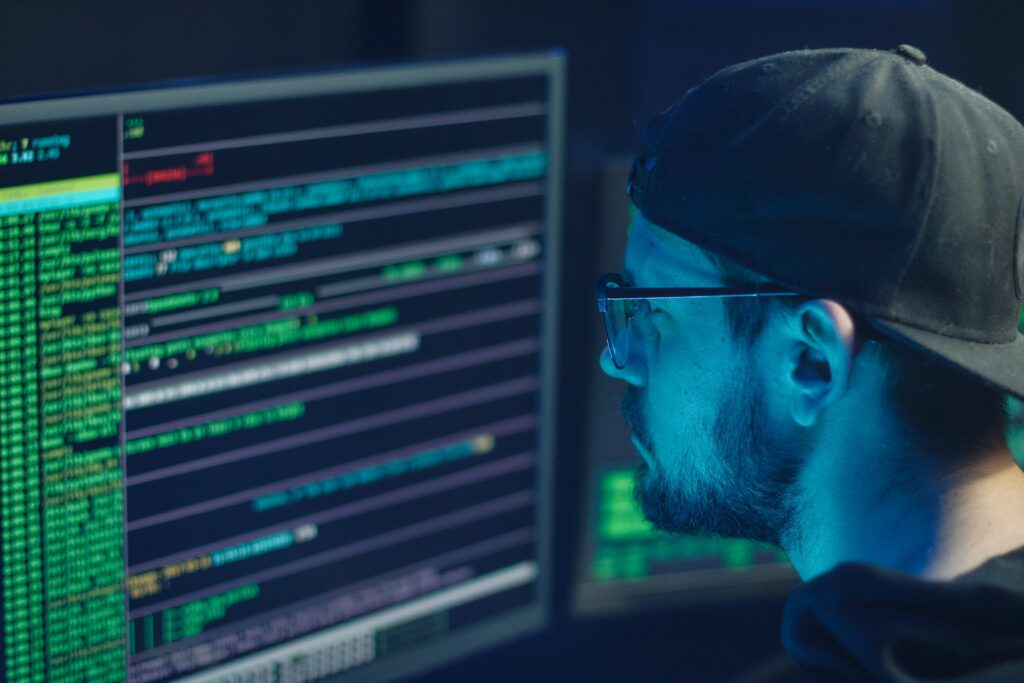 What Is A Network Attack?

Network attacks are a form of attack that attempts to gain unauthorized access to digital assets. They are mainly carried out by hackers. However, there are instances where ordinary operators also carry out network attacks.

The main objective of a network attack is to breach the confidentiality of the network and/or to obtain the personal data of users. Depending on the nature of the system, attackers can steal data, intercept traffic, or hijack user sessions.

Typically, networks are designed to limit the number of unauthorized users. In addition, these networks are often linked to other systems. This creates the possibility of many overlapping endpoints, increasing the potential for future attacks.

Aside from gaining access, attackers can also disrupt or destroy the network’s functions. These can be achieved through a denial-of-service attack, which floods the network with packets. Alternatively, an attacker can create a botnet, a collection of networked devices that direct false traffic to the target server.

Malware (malicious software) is a common cause of unauthorized access. Viruses, trojans, and spyware are examples of malicious programs. Upon implementation, these viruses take control of the computer, destroying or modifying its data and functionality.

Types of Network Attacks and How to Prevent Them

Social engineering is a technique used by hackers to obtain confidential information from their victims. It can be done in a variety of ways, and it can range from a simple email to a more elaborate scheme.

In its simplest form, a social engineering attack involves a hacker gaining access to a user’s account using fraudulent means. Using their stolen credentials, the hacker could gain access to a user’s workstation, laptop or tablet. They may also try to piggyback off of a trusted authorized user’s credentials.

The most common type of social engineering attack is phishing. This involves sending an email that looks like it came from a legitimate company. However, the real sender is a malicious individual.

Password sniffing is a type of network attack where the attacker is able to see or sniff the passwords of other users. The process is commonly used on unsecured networks, such as public Wi-Fi. It is not always malicious, though.

To perform this kind of network attack, an attacker needs to place a device on the network that can intercept data packets. These devices can be either a hardware devices or software.

A number of techniques are used to combat this form of attack. One of the most common is to use a VPN. This technology scrambles the data as it is sent from one computer to another.

DDoS (Distributed Denial-of-Service) attacks are the act of disrupting a network service, website, or another resource with Internet traffic. These types of attacks target a wide variety of individuals and organizations. In addition to financial loss, they can also damage reputation.

Unlike traditional DoS attacks, which are often financially motivated, DDoS attacks have a range of motivations. They may be a result of revenge, blackmail or hacktivism.

DDoS attacks are generally carried out by botnets, which are large groups of compromised computers. A botnet is usually made up of any number of bots, including hijacked web servers or other internet-connected devices.

Botnets are primarily used in distributed denial-of-service attacks, although they can also be used for other purposes. Attackers can use the traffic generated by compromised devices to knock a target domain offline, causing it to crash.

Identity spoofing is a network attack in which the attacker assumes the identity of another person. It is used to steal sensitive data and spread malware. Usually, the attacker uses a bogus email account or website.

These tactics are commonly used by cybercriminals to gain access to their target’s system. This information can be used for financial fraud or identity theft.

Some examples of spoofing are sending a fake text message, distributing malicious attachments, and using fraudulent websites to distribute malware. However, it is important to recognize these threats and avoid them.

Trojan horse is a type of malware that can cause a lot of trouble. It’s a software package that hides malicious functionality within legitimate programs. This can be used by hackers to steal information, access a computer, and cause other system malfunctions.

The term “trojan” actually traces back to the Greek mythology of the wooden horse used to bring soldiers into Troy. In the story, Greek warriors hid inside the horse while the city slept.

Nowadays, Trojans are used in botnets, Distributed Denial of Service attacks, and other nefarious activities. These programs are designed to collect and send sensitive data, such as passwords and credit card numbers. They can also be used to execute ransomware.

The Internet Control Message Protocol (ICMP) is a protocol within the TCP/IP suite. It is used for a variety of purposes, including troubleshooting and management.

Attackers can use the ICMP protocol to carry out a number of attacks. These attacks vary in complexity, but can also lead to a denial of service.

A flood attack, also known as a ping flood, is an assault on a network connection. The attack uses the Internet Control Message Protocol to flood a system with ICMP echo requests. This overloads the connection and prevents legitimate users from accessing the device.

Ping floods occur when an attacker sends a large number of ICMP echo requests to a device, usually using a forged IP address. Filters on the router can be used to identify the source of the ICMP messages.

How to Protect Your Network From Attacks

Keeping networks secure has become a concern for organizations. Cyberattacks are becoming more frequent and sophisticated. These attacks have the potential to disrupt the network and expose confidential data. There are a number of techniques to protect your network from these attacks. Some of these methods include the use of firewalls, antivirus software, and web filtering.

One of the most common ways that malicious parties gain access to networks is through social engineering. Often, these hackers exploit their vulnerabilities to access and manipulate the data that is being transmitted between devices. People often try to hack into networks to steal private information, such as login credentials. The most effective methods of social engineering involve trickery or using the user’s emotions to gain unauthorized access.

It’s crucial to make sure that you have a strong password that is at least eight characters long. It’s also a good idea to update your antivirus program regularly. Also, it’s a good idea to install antivirus software on all your network devices.

Network attacks can be a costly problem for any organization. Breaches can result in a loss of confidential information, as well as an increase in the cost of doing business. As a result, companies need to consider the most appropriate security measures.

In addition to network security, organizations need to maintain employee training and maintain an up-to-date antivirus program. The best way to combat these risks is to prioritize the least privilege principle.

Also Read: All That You Need To Know About Data Centre Security

When you need to protect your network, it’s important to identify and mitigate the most common types of attacks. Whether it is a social engineering attack or a malware infection, it’s a good idea to keep a close eye on your system. You should also ensure that you use a strong password. If you do not, someone can log into your system without your knowledge. Another way to prevent attacks is to limit access to certain areas of your network. This can be done through security policies that limit the number of privileges that users can have. You can also make sure that your network devices are up to date with their latest firmware, patches, and software. In addition, you can implement IPS technologies to identify and block network security threats. These solutions prevent exploits of known vulnerabilities, Denial of Service attacks, and brute force attacks. They also allow you to quickly detect attacks that occur on your network.