After reaching a verdict, jurors often filter their comments through social considerations. Often, they tell you what they think you may want to hear. If the law allows, juror interviews play an important part in finding out what the jurors actually had in mind, how their decision was reached, how they evaluated evidence, arguments, theories, and witnesses. Juror interviews are a very important aspect in many cases, as it sheds light on each verdict. In some cases, juror interviews are particularly important as it allows you to gather and compile information that can be used in an appeal.

Good post-trial juror interviews in Broward will feature systematic questions, usually open-ended, specifically designed to gather more information about the verdict and the legal proceedings behind the case. A good interview will also gather information on deliberations as experienced by each individual juror. Both case-specific and general details should be covered, and interviews are performed either via telephone or in-person. Ideally, post-juror interviews are done immediately after the trial ends, as the information is fresh and unaltered by subsequent cases. 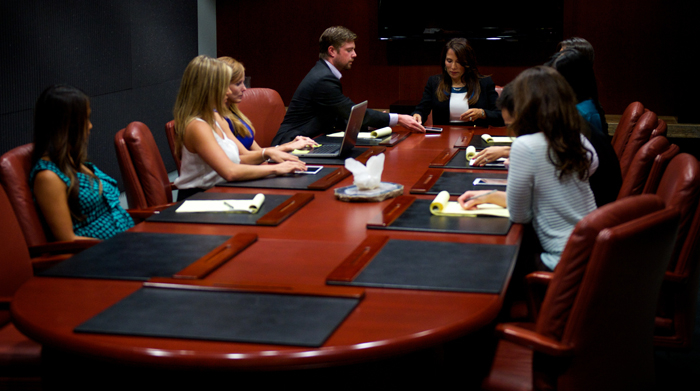 How To Use Juror Interviews?

Your lawyer will use juror interviews to better understand the verdict and how it was reached. They are very important if you want an appeal. Here are some of the most important rules to follow when conducting juror interviews:

* Juror Interviews Should Not Be Limited To Hallway Conversations – Lawyers are often tempted to discuss the case or verdict with a juror immediately after the final decision. Although these hallway conversations are not prohibited and can be quite useful, the approach is not ideal as the jurors can be tired, distressed or unprepared for open-ended questions. The better approach is to wait for several days, and contact the jurors via telephone. If the hallway conversations do occur, they should be followed by a proper interview later on

* Waiting A Bit – Hallway conversations are often unreliable because the verdict is too fresh. Jurors are often emotionally drained after the trial and the deliberation process, they can be tired and maybe in a hurry to go home or attend personal matters. Your jury selection consultant in Tampa will likely try to prepare just a few questions in the hallway, and try to recontact the jurors at a later time. Ideally, the jurors should have a few days of rest and relax before being contacted for a further, in-depth interview. Meanwhile, your lawyer can create the interview plan and focus on the questions that need to be asked. Usually, your lawyer will wait 2 to 4 days before contacting the jurors for an interview

* Being Thorough – Your lawyer will certainly have a few questions planned for the interview, as well as a general outlook on how the conversation should go. A comprehensive outline should be used if multiple jurors are interviewed, especially in more complex cases. Key points should be addressed in the post-trial juror interviews in Broward, such as the strengths and weaknesses of the case, but also their general opinion about the case. Seeking out reactions is also another strategy your lawyer may opt for. In either case, the questions should be focused on precise elements, such as testimonies, documents and important pieces of evidence.

* Open-ended Questions Are Ideal – You will want to know what the jurors had on their mind when reaching the verdict, so your jury selection consultant in Tampa will focus on open-ended questions. The funnel technique is also often practiced, going from the general questions to the specifics. Open-ended questions like “what stood out the most during the trial?” or “what was the most important piece of evidence?” are good examples.

* Focusing On The Process – As the old adage goes, “it’s the journey that matters, not the destination”. This old saying is relevant in the legal process of reaching a verdict as well. The process is often more important than the verdict itself. The process behind the verdict, how the jurors approached the case, how they interpreted the evidence, the documents and the testimonies says a lot about the case. The testimony or the evidence may be idiosyncratic, but reasoning may be more important and predictive in case of a future appeal.

* Interview Multiple Jurors – Try to talk to as many jurors as possible. A higher proportion of jurors means more and many different points of view, opinions and different directions of reasoning. Jurors may have a different understanding of the evidence, testimonies, witnesses and so on. Try to get as many opinions on the case as possible. If only one juror is interviewed, you may get a very skewed perception of the case and of the deliberations. To avoid this, contact as many as possible and focus on differentiating questions, pinpointing specific topics and details.

* Make A Record – This is essentially the most important aspect of juror interviews. Your lawyer should make a record of all discussions. Of course, this should be discussed and agreed upon by the juror prior to the interview (asking for permission to record is very important and is sometimes required in certain jurisdictions – in some states the law specifically requires it).

* Focus On Education – Post-trial juror interviews in Broward are about education. You learn to create a strategy for future appeal and how to avoid problems, errors, and misunderstandings. The educational focus should govern the entire interview process and should be the centerpiece of the whole discussion. Your jury selection consultant in Tampa should be an interviewer, not an advocate, a counselor or a novice looking for advice. Feedback is also important – for jurors, an interview may be a way of reaping more benefits from the time they put into the case. This will make the interview worthwhile for them as well and both parties will reach a common goal.